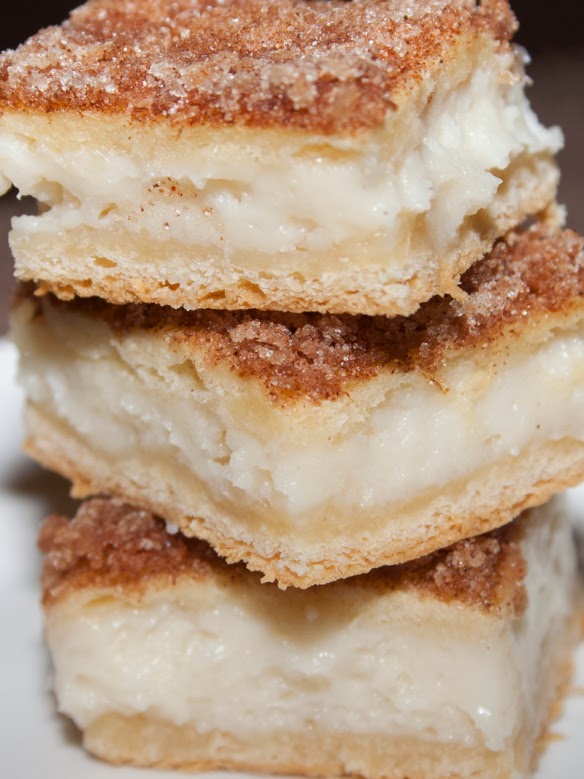 I realized after making them bite sized (and eating about a dozen) that they tasted pretty much like an inside out cinnamon roll. But with a little more emphasis on the cream cheese-y frosting part. Cinnamon sugar glory!
Sopapilla Cheesecake
Ingredients:
Instructions:
Unroll and spread 1 can crescent rolls on bottom of un-greased 9×13 pan. Press all the seams together.
Combine softened cream cheese, sugar, and vanilla. Spread mixture over crescent rolls.
Unroll and spread remaining crescent rolls over mixture. I found that rolling it out on a piece of parchment paper and then flipping it over onto the cream cheese mixture worked well.
Spread melted butter over the top and sprinkle with cinnamon and sugar.
Bake at 350 degrees for 20-30 minutes.
Share on Facebook
Share on Twitter
Share on Google+
Share on LinkedIn
Newer Post Older Post Home