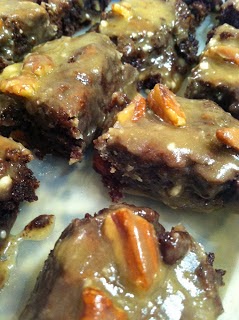 These dangerously good brownies are a recipe from Betty Crocker. I like my brownies extra fudgey, so I always cook for less time than recipes call for. Enjoy!