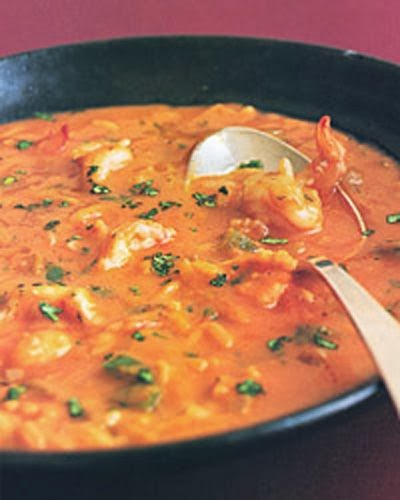 Coconut milk's rich flavor will keep you coming back for more of this substantial soup. A true Brazilian version would include slices of okra, but ours is already so satisfyingly thick that we left it out.

Instead of the shrimp, use one pound of boneless, skinless chicken breasts (about three), cut crosswise into quarter-inch strips. Cook for the same amount of time.